Reaching the Difficult to Reach with Co-Design

In this example we explain the methodology that we used to involve some more difficult to reach users in a Co-Design process. This might be a useful insight for you if you are trying to figure out how to approach Co-Design sessions for people who might be naturally reluctant to get involved or feel distant from the process. In this case we are engaging with young people not in employment, education or training (NEET) in 7 regions of the EU. 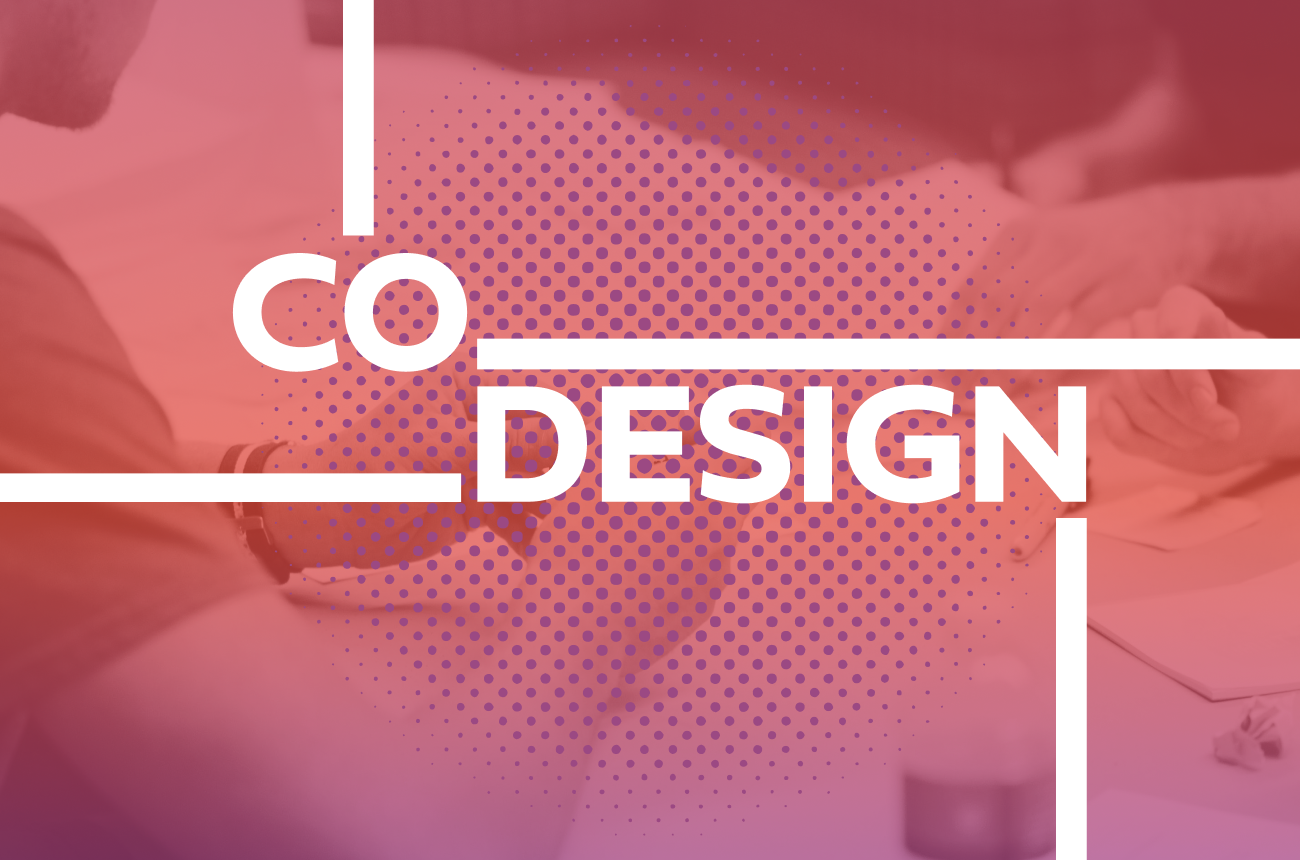 Just out of Reach

Co-Design is a wonderful thing for all kinds of reasons - but what happens when the people that you want to Co-Design with are just that bit more reluctant to get involved? This is a challenge that we faced while developing a Methodological Guide for the UNEET Digital Platform - an Interreg project involving partners from 7 regions of the EU in Germany, France, Ireland & the UK.

The HORECA sector - that's Hotels, Restaurants and Catering (everything from bars, hotels, cafes, fast food outlets etc) suffers from an issue that's consistently observed throughout Europe. They can't convince young people to fill entry level jobs in this sector. This is a problem that constricts the sector in multiple ways as you might imagine - restricting the flow of new talent, stifling career progression, increasing the burden on current staff, vulnerability to staff shortages or leaving businesses unable to capitalise on seasonal demand. It's a major problem.

At the same time we have high levels of unemployment among less academically inclined young people, a symptom of our cultural shift towards the University pathway for all careers. In some areas of Europe NEET's (not in employment, education or training - terrible nomenclature, but please bear with us) represent up to 28% of young people in the age category which is a travesty in societal economic and individual terms. In many ways this is hidden from view as it demonstrates a failure in our approach to supporting the transition of school leavers into working life. Tragically many of these young people tend to withdraw and in doing so loose the self confidence they need to navigate life. Essentially - they become disengaged! This is also a major problem.

There are clearly major issues at play here but it's clear that part of the resolution would be to bring these two groups of people together for mutual benefit. So why isn't this happening? Whatever the reason it's not being solved by recruitment practices in the sector, social media or recruitment sites like indeed.com. The big question was:

This was a fantastic project to be involved with and an opportunity to make a real impact - we were delighted that the consortium selected us to help. Our task was to help the partners to get underneath the skin of this issue and to develop a SaaS platform concept that would do what conventional recruitment websites just couldn't achieve. We had proposed to tackle the issue predominantly from an engagement design perspective whereby a failure to engage effectively is letting both sides down and an alternative method should be sought.

Working with the partners we collected insights from 543 NEET young people and 128 employers across the 7 regions. We ran 17 workshops and 50 one to one interviews. This information set formed the basis of our research findings which we then used to develop the design specification and technical recommendations for the platform.

The project presented obvious logistics issues in terms of organising and managing multiple engagement sessions in multiple countries with multiple stakeholder groups. We developed and tested the research methods locally before rolling this out (materials and training) to the regional partners involved. However, the one issue that we really worried about was ensuring that young 'NEET' people participate as fully as we need them to in the in co-design process. Our mission critical challenge was;

‍How do we engage young people who are, by definition, non-engaged and who may be distrustful of the institutions, initiatives and schemes that have fundamentally failed them to date.

We felt that NEETs may remain quiet and shy in a group setting - or seek to appease the authority figure in the room with 'the right answer' rather than express their own thoughts and feelings. Our concern was that these young people would fear exposing their ideas and suggestions. If we failed to get this right we knew that we would simply be specifying yet another recruitment website that recycles the same old proposition that was evidently not working. We had our work cut out for us and we took this to heart because we empathise with these young people and knew that there was an opportunity to help them realise their full potential if we can get this right.

We overcame this issue using a number of methods that we'll describe below and that you might find interesting if you are trying to reach and engage people that are in more difficult to reach cohorts.

We had to come up with a co-design format that would remove us as facilitators as much as possible and allow the young people to express their ideas and thoughts as freely as possible. This is not easy to do - most of the angles that occurred to us initially smacked of paternalism or the faux sincerity that institutions often approach young people with. This would be suspicious no matter how well intentioned - there's nothing worse than institutions trying to be 'down with the kids'. Whatever the process we knew that the young people had to feel as though they were in charge - they have to own the room and they had to be telling us the answers.

This realisation led to the underlying principle that underpinned the rest of our approach - we had to begin with a straight up, honest confession that we did not know the answer to this problem and we needed their help to solve it.

We had to ask the straightforward question - 'If you owned a hotel, or a café or a restaurant - how would you go about recruiting somebody just like you?'

Asking for help, instantaneously shifts the underlying power dynamic in the room - we were now the weaker party, we are the ones seeking and reaching out for their help. We felt that if we can present ourselves in this way, that we could tap into the empowerment and ennoblement that comes along with an earnest request for help. We had to demonstrate that their opinions are valued - in fact more than valued - essential.

We decided that the question could be turned into a game type challenge that would bring an element of fun and competition to the session. The challenge format was for small groups of young people, who were familiar with each other, to design their own HORECA business and to characterise it by describing what the business was like - where and what it is, what type of clientele and atmosphere it might have, what the working environment would be like for staff.

The next task was to then attempt to recruit each other into their fictional business, using all forms of engagement other than financial incentives which were fixed. So the groups would decide what perks of the job were on offer, what type of opportunities for advancement there might be and what incentives they would offer. They were also asked to present how they would engage potential recruits, where they would find and encounter them, how they would communicate and engage and how they would convince their peers to join.

The final part of the exercise was for each team to present its business, its job offers and its recruitment methods and for the other young people to vote on whether or not this would be attractive to them as potential recruits.

This approach meant that we could observe the methods that they would use to recruit each other – giving us insight into how employers could adapt their processes to be more appealing to young people.

As facilitators, our job was to stay out of the way of the way as much as possible – only acting as explainers of the rules and strict timekeepers. The sessions kicked off with the young people setting the room up they way they wanted to organise it, placing an order for some pizza to keep them going and selecting some background music to work along to. The sessions were short and focused with each section kicking off with some stimulation slides to get the thinking going. This format gave the young people a real sense of ownership and let them progressively use their own initiative and explore their own autonomy in the situation.

The results were exceptionally informative for us, the sessions were fun and engaging and we learned a lot about what matters to these young people and how they'd like to be engaged which, as one may imagine, was dramatically different from the recruitment practices and processes prevalent in the sector.

One very uplifting and positive outcome from these sessions was the understanding that young people in the NEET category (apologies again for this institutional nomenclature) are no less aspirational and creative than their more academically orientated counterparts. This taught us a great deal about how to develop the proposition for the UNEET Platform - it had to be about fulfilling aspirations.

Our other research revealed that HORECA sector employers see these young people as high risk employees - unreliable, disinterested and disengaged. The real focus for employers are deeper inside the organisation and relate to retention of key staff such as experienced chefs and reliable managers. We discovered that young people were similarly indifferent to the HORECA sector, seeing it as representing a dead end job – unable to satisfy their future aspirations. This explained the employment anomaly and identified why traditional job vacancy and why job matching solutions do not lead to vacancy clearing and lower unemployment.

The final recommendation and solution specification for the platform involved a subtle but powerful shift in the recruitment process proposition . Rather than being a recruitment (job matching) system that intelligently matches vacancies to individuals – the system had to focus on realising the aspirations of young people while offering employers the ability to address the major issue of staff retention.

The new proposition focused on ‘Career Readiness’ and 'Career Development' rather than simple transactional ‘recruitment’ website. The focus shifted to a more progressive onboarding process for young people, focused on their attributes and interests rather than conventional qualifications and experience - making the recruitment process more gradual and human.

For employers it was about redefining their transactional approach to recruitment by making the process an integral part of staff development, training and retention that would help them to acquire the managers and committed professionals that they will rely on in future years.

Interestingly, this new proposition does not even require the traditional idea of advertised job vacancies in order to be effective as a tool for matching the aspirations and aptitudes of young people to HORECA sector careers.