Digital for Good: Part 3 - Our Friends at Carr Gomm

In this interview Mark Alexander talks to Lucy Wren and Andrew Thomson from Carr Gomm a leading Scottish social care charity about the relationship that we've had over the years. Carr Gomm step in where others have stepped away and they are the last port of call for many of the people that need their help. We are in constant awe of the way that Carr Gomm quietly performs herculean feats of care and support for people every day of the year and proud to play a small part in that effort alongside them. 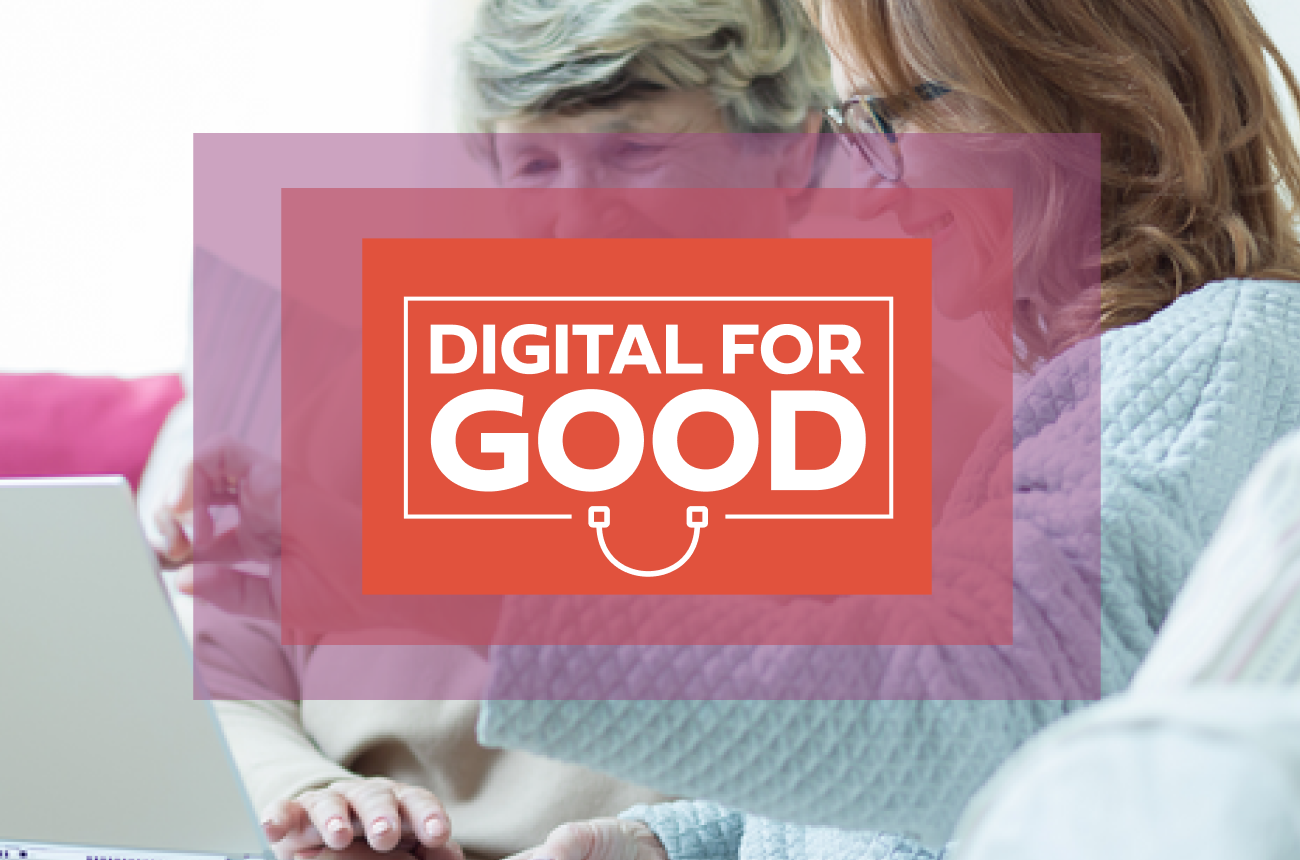 Life Without a Net

Lucy Wren is unapologetic about moving with the times. In fact, she says it’s her duty to bring the latest technology to the people she supports. “It's not a choice; it's our responsibility,” she explains. “We have to do this. It’s available and part of everybody's life and it has to be part of our goals and part of the lives of the people we support. We have to make it accessible.”

She heads up Carr Gomm; a leading Scottish social care and community development charity that currently supports about 2,000 people everyday across Scotland. As chief executive, she believes it is her responsibility to fill the gaps in society by providing support where there is none particularly to address the crippling effects of loneliness and isolation.

“Technology is incredibly important to us,” she explains. “It provides an opportunity to open up the world to these individuals where they can meet together and meet people from elsewhere. They can expand their network and enhance their life. Increasingly, technology is important because it enables us to create opportunities for the people we support so their world becomes much bigger.”

It’s a grand ambition that Andrew Thomson shares. “There's absolutely no reason why an organization like Carr Gomm should not be using the most innovative technology to have the greatest impact on the lives of people we support.”

As Carr Gomm’s senior operations manager, he is responsible for developing innovative ways to support people whatever their circumstances. At the forefront of his arsenal of services is ClickGo and YooToo; two intuitive apps that help those most at risk receive, manage and plan care.

From looking after a loved one in isolation to self-directing care for supported people, these apps have been developed in conjunction with long-standing technology partner Ember. Thomson says that relationship has helped the charity ensure its pioneering technology continues to lead the sector.

“Ember is always trying to push the boundaries of technology and of what's feasible and what's possible,” he says. “They’ve certainly spoken to us about different projects and pointed out that technologies we were considering were already out of date, and that we needed to upgrade, we needed to push on, we needed to do more, we needed to do better. That's an attitude I love. I love pushing the boundaries of what's possible and never settling for ‘good enough’. The attitude from Ember has always been to do the very best with the very best that’s available.”

Wren says the charity’s close working relationship with Ember produces results that would be inconceivable through a conventional contractual relationship. This bore particular fruit in the reimaging of the ClickGo app which was originally fashioned by another developer.

“With the original development, we had a contract,” says Wren plainly. “We came up with the idea and somebody carried out a task for us. They tried to interpret what we were telling them and somehow we got something at the end of it, but it wasn't the best. What we have with Ember is a partnership.”

Ember was engaged to improve the ClickGo app, which had already received a raft of accolades from the likes of the Google Impact Challenge, The Herald newspaper and the Scottish Social Services Council. “The product we had was limited - it was functional, but not terribly beautiful,” Thomson admits. “I spoke to the chair of the Scottish computer games industry and said I was looking for a partner to work with us and make us beautiful. He gave me some options including Ember and from the first moment we met the Ember team we thought this was a technology company we could get on board with. So they helped us to develop the second iteration of ClickGo.”

The improvements sought centred on improving the user experience. To achieve that required an understanding of the application and its impact on those using it, many of whom had physical, mental and emotional disabilities. Utilising its people-focused design methodology, the Ember team set about transforming the app by simplifying the design and making the online experience more intuitive. The impact was immediate.

“A simple way of explaining the difference between the first ClickGo and the second is that in terms of functionality; they did pretty much the same thing,” says Thomson. “The difference was the first ClickGo had maybe two dozen people using it while the second had several hundred people using it. The second Ember-developed ClickGo was so much clearer and so much easier to use.”

Wren agrees: “You didn't need to know what was behind the app, it just led you through. And that's quite complex because that's about using the right colours, pictures and design to make the journey you're on obvious. Ember is brilliant at that. For instance, not everybody using the app could read, which was an issue. So designing something that you didn't have to read; that you could just follow was really important.”

After dramatically re-engineering and expanding the functionality of  ClickGo, Ember moved on to developing the YooToo app; an online tool designed to provide a framework for families whowere unable to secure statutory support by falling short of strict eligibility criteria. As a result, people in crisis were reaching out for help and receiving none. The YooToo app was conceived to fill that gap.

This time, however, Ember was at the drawing board from the start which had important ramifications Wren explains. “Our partnership with Ember means we can take ideas much further, mainly because I don't always know what technologies can do. So after collaboratively teasing out the problem, Ember is able to bring the possible. It meansthe solution is so much better, because we've done it in partnership.”

Carr Gomm’s long-standing relationship with Ember has produced a family of digital solutions that utilise effective design and the latest technologies to specifically support some of society’s most disadvantaged people. This has been possible through a combination of trust, understanding and a steadfast refusal to accept “good enough”.

The pursuit of continual improvement is more than simply a desire to make something right. As Wren explains, it illustrates Ember’s belief in using technology for good. “Something that almost blew me away early in our relationship with Ember was when we started developing ClickGo, we didn't really know how we were going to fund it or make it available to a lot of people. At some point we thought we might have to make it something that either local authorities or individuals, if they choose to, paid a small amount of money to use. Ember were very keen and supportive of the idea that this potential income should pay for the app but also that a proportion of anything else should be used to support the charity to enable us to do more work.”

She concludes: “I think for a commercial business to come up with that kind of thinking is almost unheard of. It was almost exceptional to be that aware of the social responsibility you have as a private company. At that point, I was really appreciative of the potential support we were going to get through working with Ember.

Find out more about YooToo here.