In this interview our client, a Major Global Corporate, talks to Mark Alexander about how Sports Brand Partnership with Brittish Cycling has been turned into positive employee engagement for thousands of colleagues and their families using 'Our Cycle Hub' - a solution provided by Ember Technology and partners Creative Midfield. 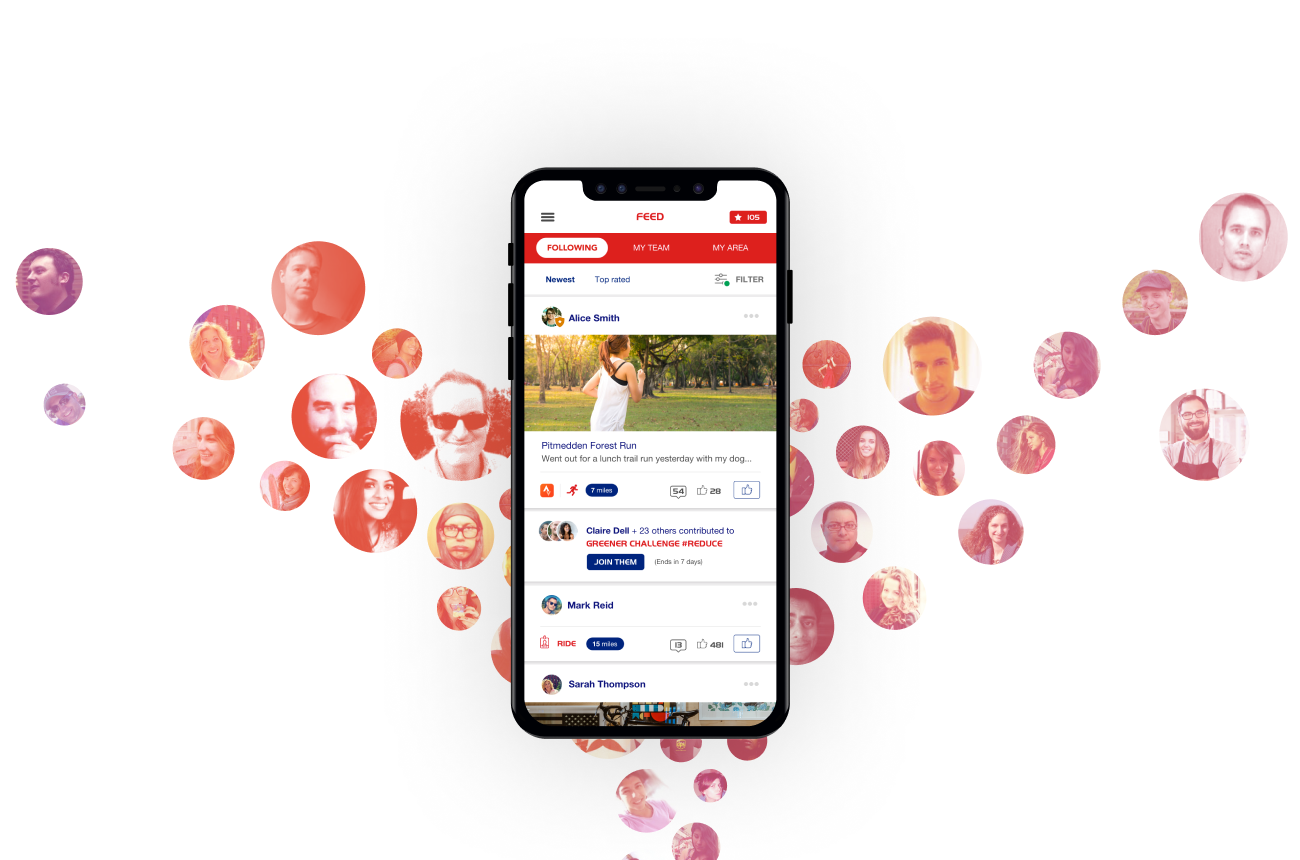 The partnership between a Major Global Corporate head quartered in the UK and British Cycling has been fruitful on many levels. The tie-up has certainly encouraged hundreds of thousands of members of the UK public to get on their bikes with various nationwide initiatives such as ‘Lets Ride’ events in major cities, ‘Breeze’ which encourages women cyclists and ‘Go-Ride’ which is a club for under 18’s.

But something else has been happening behind the scenes – this Sports Sponsorship relationship has been driving a new type of employee engagement initiative under which thousands of staff and their families have engaged in physical activities via a dedicated mobile app and web-platform designed to motivate, inspire, involve and reward participation in healthy activities. This system, named ‘Our Cycle Hub’, was created through a collaboration between Ember Technology and sports industry specialist Creative Midfield and has become the intuitive lynchpin in a bold drive to create connections between colleagues.

“The partnership is measured on engagement across colleagues, customers, community and impact on the brand,” explains the Global Corporate’s Brand Partnership Manager. “Under the colleague pillar, Our Cycle Hub has been super important because it gives us the ability to communicate, educate and inspire across audiences, which could be employees new to cycling or employees’ families interested in getting involved. It has given us a platform and a technology that encourages engagement in activities and between employees, and that's been really helpful.”

But while a dedicated employee engagement portal furnished with content, events, monthly challenges, volunteering opportunities and attractive rewards has been pivotal in forming a successful brand partnership, the objective has always been to get people active, says the Brand Partnership Manager.

“We measure it from a number of angles, but the easiest is the number of employees who have joined Our Cycle Hub. It's currently around 7,800.We have 34,000 employees in the UK so to have nearly 30% of those employees on a platform downloadable to their personal phone is hugely significant,” he says. “Every month there are a variety of challenges, so we do look at the miles themselves, but we also look at activities in terms of volume, which might be 50 walks of half a mile, that sort of thing. And then there are photo challenges, so it's not about distance; it's about activity. It’s about people who were inactive becoming active.”

While the Brand Partnership Manager understandably resists the temptation to measure the success of Our Cycle Hub in simple metrics, the programme nevertheless recorded its millionth mile cycled early this year. Others have seen merit in its strategic impact with the team behind Our Cycle Hub being named finalists in the 2020 Engage Awards; an industry showcase celebrating excellence in both customer and employee engagement.

When sourcing a technology partner to deliver Our Cycle Hub, the Global Corporate was looking for a particular set of skills. “They had to have the ability to create the app, build the functionality, register the domain name and launch it, but they also had to be able to update and move with the times, adapt to what was happening and work with us as a partner and with British Cycling,” he says. “It was about the advancement of technology, whether from a social angle or the point system connected to the rewards. Ember and Creative Midfield answered best in terms of the technology they could offer and the examples they provided.”

He continues: “They were willing and wanted to run focus groups. They wanted to really understand the brief and what we're trying to achieve. What Ember and Creative Midfield offered was not only technology and content but flexibility as opposed to an off-the-shelf solution. They’ve been super, super helpful.”

British Cycling and the Global Corporate recently extended their relationship into 2021 after already exceeding the target of encouraging two million more people onto their bikes by the close of 2020. This achievement was realized despite the Covid-19 pandemic severely disrupting the partnership’s2020 plans and drastically altering the course of Our Cycle Hub.

“Because of lockdown,” the Brand Partnership Manager explains, “we looked at the idea of developing a more social angle for the hub, and a number of departments and teams picked up on that and it became clear that's what they really enjoyed.” The shift meant focussing on the personal connections, conversations and interactions between colleagues to minimise any sense of disconnection that a remote workforce might experience.

“There was an appetite from Ember and Creative Midfield to work with us and embrace the ideas we had. The evolution of the content to more health and well-being, and the technologies to support more of social interaction has been great. That's certainly what we wanted, and that’s certainly what we want more of over the next six to 12 months.”

With the number of stakeholders involved and the hub’s shifting priorities, the Brand Partnership Manager says Ember and Creative Midfield had plenty to deal with. “They've got British Cycling. They've got (the Global Corporate’s) UK employees and all the different departments here. They've got our marketing and PR agencies, all of whom have a voice. So I'm sure at times, it was pretty overwhelming. But I think they’ve shown they could cope. More importantly, they believe in the strategy and our health-and-well-being agenda which has been incredibly positive.”

He concludes: “Ember and Creative Midfield have certainly gone above and beyond in terms of willingness to support anything from physical activations and deep-dive sessions to management and strategic committee meetings. They put in the hours to make things happen. There's a willingness there. That’s why we put them forward for a global tender on the belief they can work with us on a global scale. That shows the belief we have in them and their willingness to go above and beyond.”